Common Ragwort is one of five "injurious weeds" specified in the Weeds Act 1959. It is said to be one of the most frequent causes of  livestock poisoning in Britain. As such, it should be controlled or eradicated where it might come into contact with farm animals. Unfortunately, this large patch of ragwort is on the footpath next to the rams' field on my walks. I'll see if it gets controlled!

Some free biological control is taking place though. The picture above shows a couple of cardinal beetles which seem to like the ragwort. I don't know if they weaken it, but the cinnabar moth caterpillars in the pictures below certainly do. 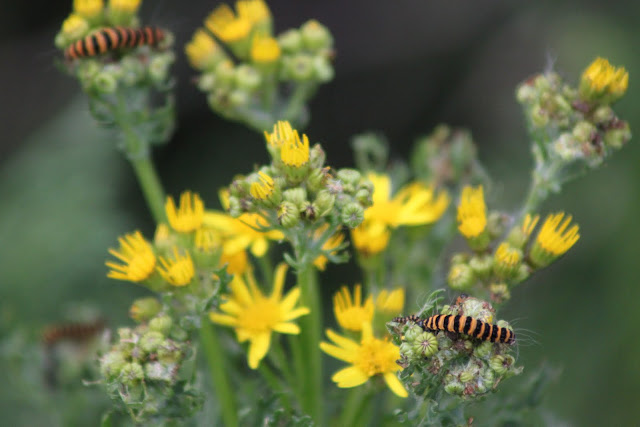 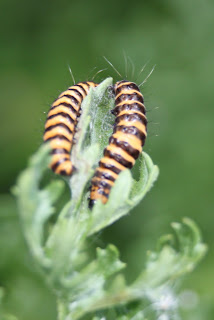 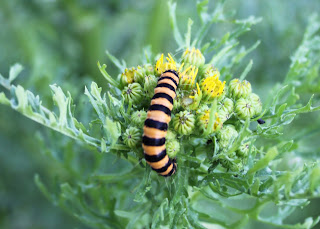 The caterpillars feed furiously and the affected ragwort stems get completely consumed. There are scores of caterpillars on this clump of weed but they may not all make it to maturity.

If the ragwort starts to run out, the larger caterpillars are known to feed on the smaller ones. 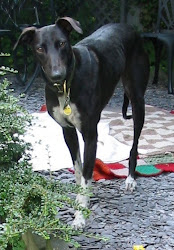